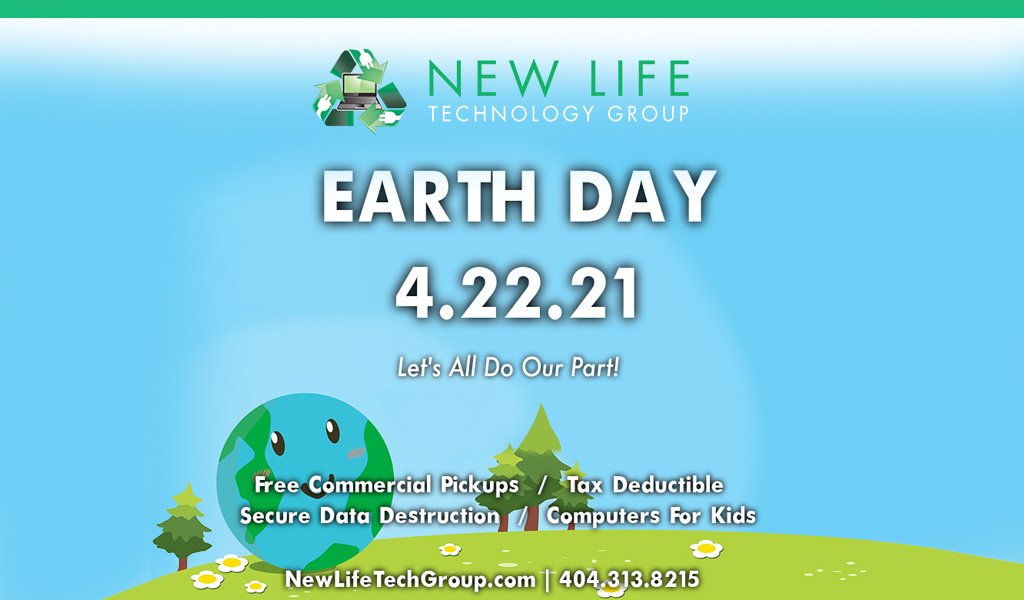 by Doug Klassen - Sales & Marketing Director with No Comment Recycling

Some Anniversaries Are Worth Celebrating!

These days, people don’t like to “date themselves” or show their age by admitting to things they remember from childhood, as they may be shamed into feeling irrelevant, but today we are bucking the trend and going back down memory lane.
I am in my 50’s and when it comes to recycling and all the hubbub that seems to circulate around it, it’s unfortunate. To some, if you recycle or have a passion for it, you’re a “tree hugger,” while to others you may be looked at as an uncommon superhero, saving the planet one landfill at a time, but all I want to share with you in this blog is that the statistics don’t lie. The old adage “Liars tell numbers, but numbers don’t lie” holds true once again, but first some nostalgia:
Consider if you will that this year, Earth Day 2021 will be celebrating its 51st Anniversary! How’s that for dating yourself? I literally had no idea, and if I were to guess, I’d say we have had it on our calendars for maybe 30 years, and that’s it!
As a kid, recycling ideas were spawned by the infamous commercial of the Indian (Iron Eyes Cody) canoeing down the river and seeing trash and then standing on the side of the road as he was taking it all in and then would shed a tear after travelers threw trash from their car where he was standing.
The other visual and iconic memories were from public service announcements, like “Give A Hoot, Don’t Pollute!” by Woodsy the Owl which ran for twenty years (from 1965-1985). Did you know Woodsy was a sequel, for lack of a better word, to the Smokey the Bear icon that was created in the 40’s? Yes indeed, they needed another mascot to carry the message to another generation of the public that was losing the simple message created by prior generations.
Did you know that the first Earth Day, with Iron Eyes Cody, was the premiere campaign to kick off the Keep America Beautiful series of PSA’s? I didn’t either until I looked it up on Google today. Where has the time gone? But more importantly, where have all of our really good PSA’s gone? At least the ones about recycling or saving the planet. Today I am working with a non-profit recycling organization, New Life Technology Group, and it’s fascinating to re-connect with all this information we were taught as kids and to see it applied daily in our facility.
Now if you want to be cynical, you could say because I grew up in California for my first thirty-five years of life, that I had been influenced by a state that bled green in its recycling efforts, but if I remember correctly, it was always a time honored tradition to collect aluminum cans, glass bottles, and old newspapers and turn them in for money. Yes, you could actually get paid for recycling! Forgive my honesty, but doing this as a kid with my siblings and dad, was like a bonus pay day to the allowances we got for doing chores around the house. Maybe just the principle of “doing a little good goes a long way” resonated with me, or maybe just having parents that cared, or heck, maybe we were so poor that this extra money bought us an extraordinary meal at our favorite fast food establishment. Any way you slice it, it seems more rare that people care as much about keeping the planet clean anymore.
So, back to the numbers that recycling has generated over the past fifty years. I venture to guess that perhaps you and I have not done as much for the earth as recycling has done in our last fifty years . . . something to think about. Also, when you think recycling, think New Life Technology Group and visit the rest of our site to learn more.
Check out our services at NLTG and feel free to contact us with any questions.
More facts and figures:
E-waste Recycling Facts and Figures
Electronic Scrap Recycling
If you want to go back down memory lane: